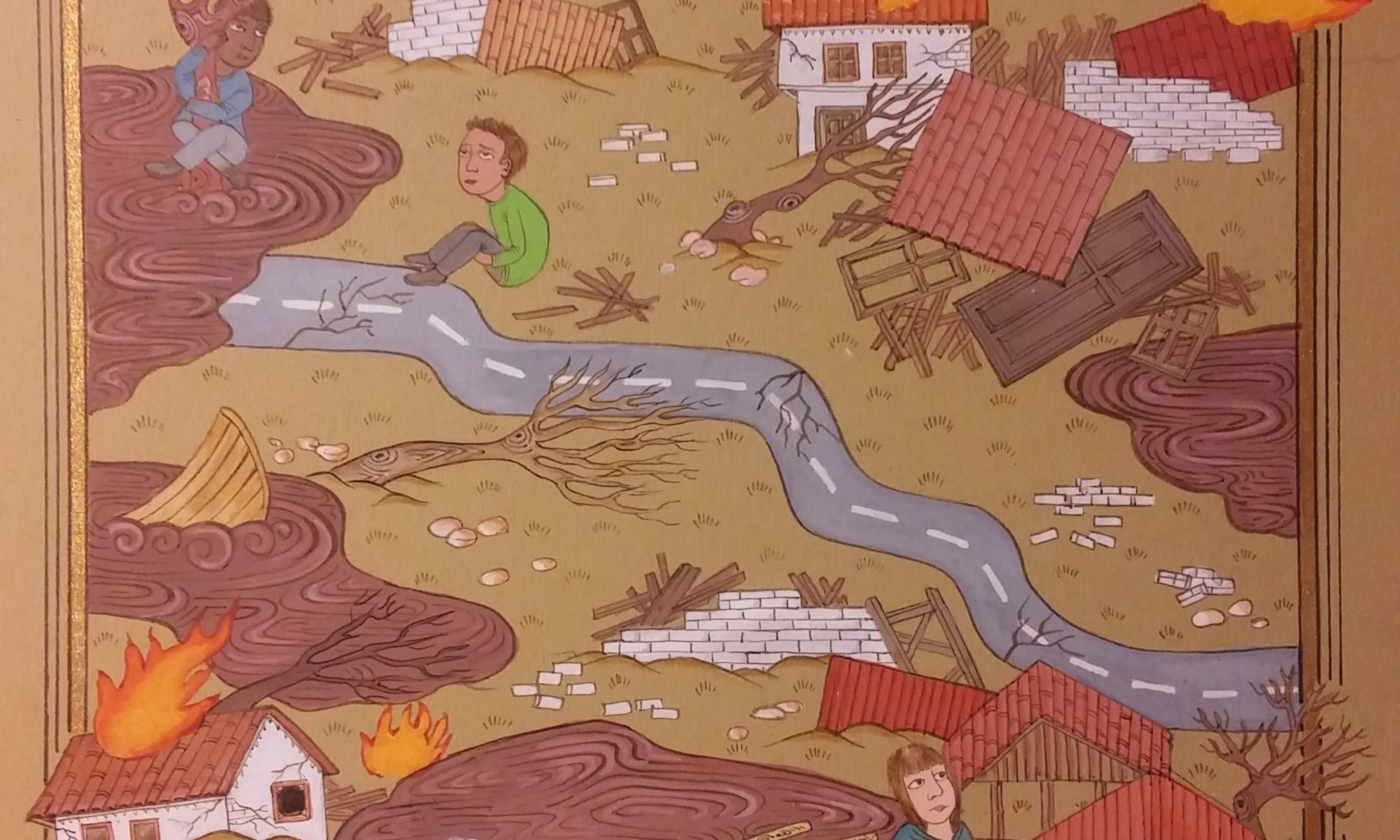 Abe and Yugi, lay back in the sunshine on the second floor terrace of the Whaling company’s age-care complex, chatting to one another from their beds about the good old days, of firing harpoons and flensing blubber, well before those Western eco-hypercrits ruined everything – yes, those were the glory days. Their wrinkled faces animated by happy memories slowly soften into the contented sleep of old men with mythic pasts.

Some say the wave was twenty-five metres high as it hit the rock armoured sea defence wall. Recently built by the Prefectural government and opened with typical fanfare, the massive concrete and stone structure disassembled itself instantaneously, the wave gathered up the Whale chasers, with their towering bows, the sleek white long-line Tuna boats and the ink-smattered Squid boats, with their rows of giant incandescent lamps, sending them all into the commercial centre of the city to find new moorings next to banks and office blocks.  There they lay, stacked alongside trucks, small houses and harbour cranes like the giant toy box of some ill-disciplined supernatural child.

Up on the second floor terrace Abe and Yugi doze in the sunlight until once more they become seafarers!  The wall of water funnels through the town and races uphill to the age-care centre, slamming through the lower story to surge out of the upper floor.  All souls below instantly crushed or drowned but Abe and Yugi are sluiced from the terrace in the backwash, gripping their waterproofed hospital mattresses, hurtling like whitewater canoeists through a slalom course marked by floating Suzuki vans and signs from Karaoke bars.

Abe and Yugi are assumed dead, until, to the amazement of his family, Yugi is identified in one of the temporary refuges for displaced persons three days after the Tsunami. He had clung to his mattress for dear life and finally drifted into a tree top where he remained until the floodwaters subsided.  Yugi, still tough and wiry from all his years at sea, wandered around in a daze for a day and was then picked up by a rescue crew – now warm and full of miso soup he is reunited with his kin.

No-one ever heard of Abe again. He rode the torrent back out to sea, drifting rapidly South-East.  Despite his age he too is as tough as nails, scooping fragments of seaweed from the ocean and laying back with his hands cupped around his mouth to catch raindrops.  This is what it feels like to die Abe decides, craning skyward during a brief shower, mouth agape, droplets falling into the darkness of his throat.  He lasts a couple of weeks but he knows his luck is out, all the rescue teams in Japan are on the devastated coast, not way out in the Pacific.  His plasticised mattress eventually joins the millions of pieces of synthetic flotsam slowly orbiting in the North Pacific Gyre.